The Lumberjacks started the Mike Bushey era as head coach with a complete game, beating Forest Lake 2-1 at the CARC. After no scoring in the first two periods, the teams combined for three third period goals. A Callie Halverson wrist shot that deflected off the defense with 4:28 remaining gave the 'Jacks the 2-1 lead, and 25 Katie Beckman saves helped secure the win in the season opener. Caitlin Lilly scored on a rebound at 5:20 to tie the game at 1 after Forest Lakes Audrey Hanmer had given the Rangers the lead 2:23 into the third period. The Rangers Abbie White took the loss, despite stopping 40 of 42 Cloquet shots.

The first Lumberjack goal might be changed to Jessie Ryan, but not confirmed yet..

Aside from the above story /summary from my blog, I really liked the new look Lumberjacks.. 3 lines forechecking and putting pressure on, instead of the old dump and change routine everyone was used to. 42 shots on goal was really fun to see. Nice goaltending by sophomore Beckman who saw some good opportunities from Forest Lake. 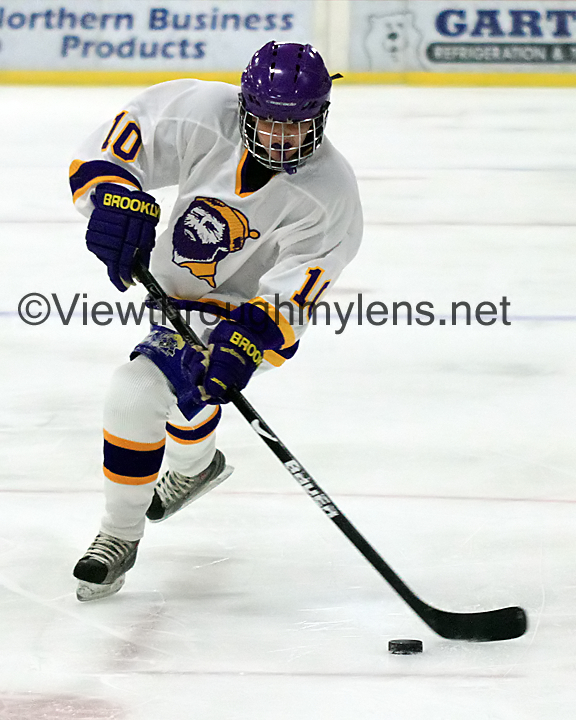 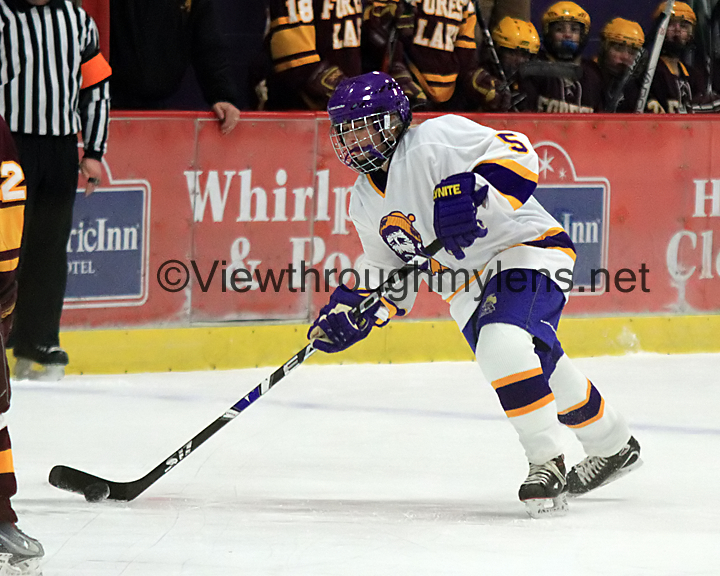 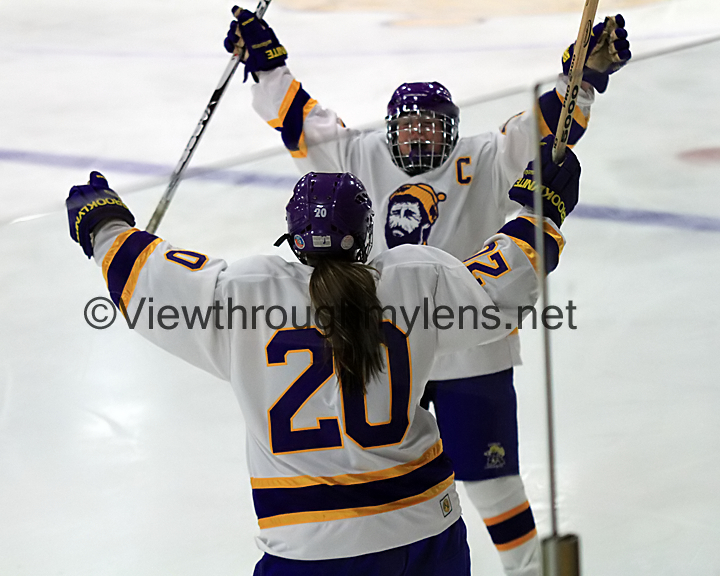 More shots though pretty much all Cloquet shots being the first game of the new season.
My site
Top

I was impressed by Forest Lake. Definitely not the Forest Lake team of the past. White is a good goaltender. Hanmer has some help from a couple of talented forwards and some defense. CEC looked a little shaky with some of their matchups, but for the most part the team played and skated hard. The number of shots on net were a definite plus. I also thought Beckman did a nice job in net. She probably hasn't gotten a chance to see a shot as hard as Hanmer in practice, but she seemed to handle them well enough. It was a nice win for CEC as they did have to come from behind. it should give them some early season confidence. It will be intersting to see how PHM does at Forest Lake Tuesday night. BTW, very nice pictures!
Top

Well a 3-3 tie with PHM and pretty even shot total. I think Forest Lake is showing they are a different hockey team this year. Good goaltending, a D1 defenseman, and 3 or 4 other good skaters makes them a decent hockey team. They will beat some good teams this year becasue they are good.
Top

wild77 wrote:Well a 3-3 tie with PHM and pretty even shot total. I think Forest Lake is showing they are a different hockey team this year. Good goaltending, a D1 defenseman, and 3 or 4 other good skaters makes them a decent hockey team. They will beat some good teams this year becasue they are good.

I'll bet (not a lot of $ though) that PHM is looking for an identity in their post-Julia lives though I don't think it'll take that long to find.
My site
Top
Post Reply
4 posts • Page 1 of 1